'Glee' renewed for seasons five and six by Fox

'Glee' renewed for seasons five and six by Fox

Glee has been given a fifth and sixth season. 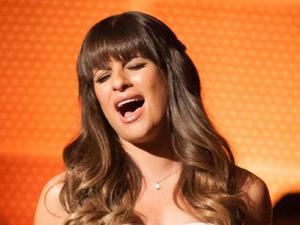 "Glee debuted as the first and only successful musical comedy series on television, and more than four years later, it continues to defy genres, break new ground and have a significant impact on popular culture," Reilly said in a statement.

"Week in and week out, Ryan Murphy, Brad Falchuk, Ian Brennan, Dante Di Loreto and the entire Glee team deliver a series that not only delights and surprises fans, but also inspires them to talk about, share, debate and engage with the show - and I'm absolutely thrilled to have them on board for another two seasons."

Twentieth Century Fox Television chairmen Dana Walden and Gary Newman added: "Glee has been a signature series for the studio since its launch four years ago and we couldn't be happier that Fox has ordered two more seasons.

"Ryan, Brad, Ian and Dante have created something that is far larger than a television show; it's a global entertainment brand which continues to touch millions around the world."

Glee recently caused a stir with its school shooting episode 'Shooting Star', which Jane Lynch defended by saying there was "a truth to it".