Modern Family actress Ariel Winter has reportedly been removed from her house by a judge after allegations of abuse. 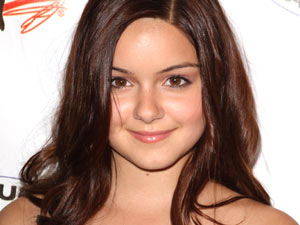 The 14-year-old, who stars as Alex Dunphy in the American comedy, was taken out of her home after a judge ruled that claims against her mother of physical and emotional abuse were "serious", according to TMZ.

A court source said: "On October 3, after a guardianship hearing, a judge determined the allegations that Ariel was being physically and emotionally abused by her mother Crystal Workman were serious enough that the judge placed Ariel in a temporary guardianship with her older sister Shanelle Workman."

They also reported that Winter's mother was ordered to stay 100 yards away from her.

TMZ goes on to claim that Winterl's sister Shanelle was also removed from her mother's home by the Department of Children and Family Services nearly two decades ago.

A source is quoted as adding: "DCFS placed Shanelle in foster care for more than two years. She never went back to her mother."

Another hearing in the case has been set by the judge for November 20.