Julia Stiles has said that she loved getting the opportunity to play a serial killer in season five of Dexter. 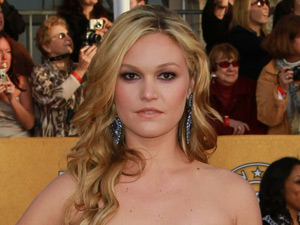 The actress starred as rape victim-turned-killer Lumen Pierce for much of the previous season, and claimed that she was immediately drawn to the complicated role.

"The idea that she wasn't just a victim," Stiles told The Hollywood Reporter, regarding her decision to join the show. "I was really excited by the idea that she would be involved in Dexter's secret life, as opposed to on the outside of it like a lot of the other characters.

"I was surprised at how much I enjoyed the kill scenes and the sacredness of them. As a fan of the show I felt very privileged to be a part of them."

"My one hesitation was that his shoes are big ones to fill," Stiles admitted. "If I thought too much about how great he was and how much the fan base really responded to his work, I would have been paralysed."

Stiles has previously said that she would be open to the idea of returning to Dexter sometime in the future.

Dexter returns for its sixth season on Showtime on October 2.