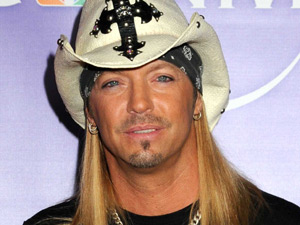 The two first worked together on The Celebrity Apprentice last year, which saw Michaels declared the overall winner.

Trump is now allegedly planning a reality series called Something To Believe In, which would see Michaels travel across America to help people overcome adversity.

"Mr Trump thinks Bret is a wonderful guy," a representative for the businessman told The New York Post. "[Trump] wants to consider it."

The singer was forced to cancel an appearance at the Chicago Half Marathon last week due to severe dehydration and flu.

Michaels has suffered from several severe health issues over the past few years, including a brain haemorrhage and a minor stroke.