Chicago Fire has been picked up for a full season by NBC. 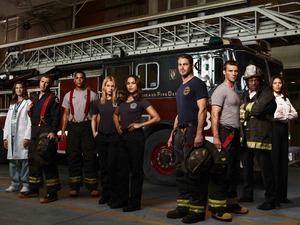 The firefighter drama - which airs on Sky Living in the UK - has received a 'back nine' episode order from the network.

"We all love this thrilling new drama with its sexy breakout cast," said NBC Entertainment President Jennifer Salke. "We are excited to see it gaining traction on our schedule.

"Executive producer Dick Wolf and all the producers have done an amazing job developing a high-stakes series with lots of great heroic characters whose exploits are depicted in Dick's typically epic storytelling style. We are incredibly invested in this one and can't wait to hear about their plans for the rest of the season."

The drama continues on Wednesdays at 10/9c on NBC and airs on Tuesdays at 10pm on Sky Living.