Fox has announced when hit shows like Bones, Sleepy Hollow and Batman prequel series Gotham will return this fall. 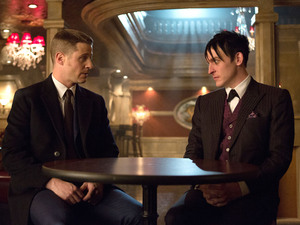 The 67th Annual Primetime Emmys will officially kick off Fox's fall season with a star-studded broadcast on Sunday, September 20 at 8pm ET.

Also on Tuesday, this time September 29, Grandfathered and The Grinder debut at 8pm ET and 8.30pm ET respectively.

Bones and Sleepy Hollow air in a two-hour block at 8pm ET and 9pm ET on Thursday, October 1.

It was previously announced that The X-Files will be returning to Fox on January 24, 2016.

Other scripted series being saved for the mid-season include New Girl, Lucifer, The Frankenstein Code, The Guide to Surviving Life and the Seth MacFarlane-produced Bordertown.