Ben and Kate has been pulled from Fox's Tuesday night schedules, with six episodes of the season still due to air. 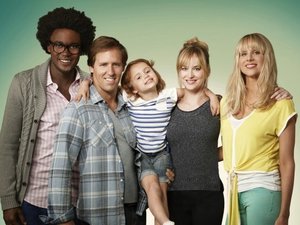 Multiple sources confirmed on Wednesday (January 23) that the comedy, which only premiered last September, has been effectively cancelled.

The move also brings an end to Fox's two-hour Tuesday night comedy block. Instead, back-to-back episodes of Raising Hope will air from next Tuesday (January 29) until Hell's Kitchen's season premiere on March 12.

Raising Hope will then receive an hour-long season finale on Thursday, March 28.

Deadline reports that filming is currently taking place on episode 15 of Ben and Kate.

The show, which stars The Descendants screenwriter Nat Faxon and Dakota Johnson, received a full season order in October, extending its run to 19 episodes.