Married is axed by FX

Married is axed by FX

It's all over for Married, as the show has been axed after two seasons by FX. 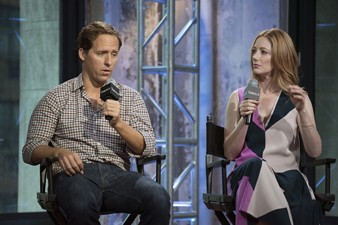 The cable network has reached a decision not to renew the Judy Greer and Nat Faxon comedy series for a third season.

"There will be no season three of @MarriedFX. Thank you @FXNetworks for the opportunity and thank you to all the fans. It's been a blast," he tweeted.

The sitcom starred Greer and Faxon as a married couple who kept their relationship strong in spite of mounting debts and a cooling sex life.