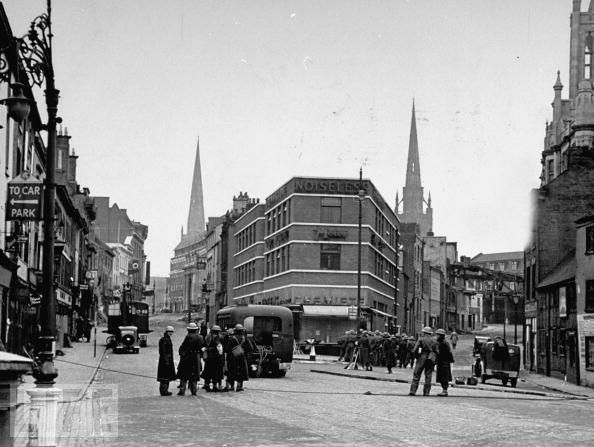 Looking up Hertford Street: I suspect this was the scene after the bombing raid which destroyed the
Austin Reed showroom just below the Empire and the street has been cordoned-off while an unexploded
bomb is dealt with? 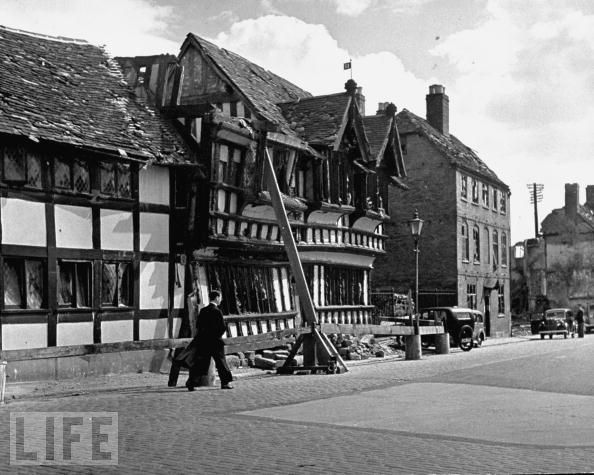 Fords Hospital shored-up to prevent it collapsing from bomb damage. The historic white cottages to the
left escaped the bombing but were later demolished by the council for no good reason. 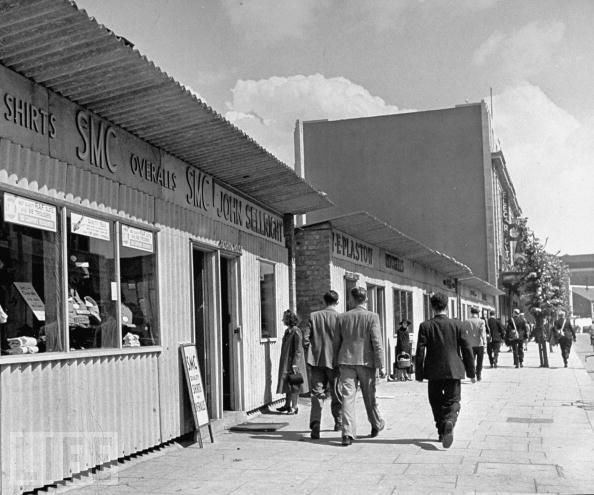 Temporary shops at the east end of Corporation Street looking towards Hales Street. The council''s gas
and electric showroom is visible just beyond. The latter is now the site of an insurance company office
block. The people in the foreground are actually breaking the law by not wearing their gas mask holder! 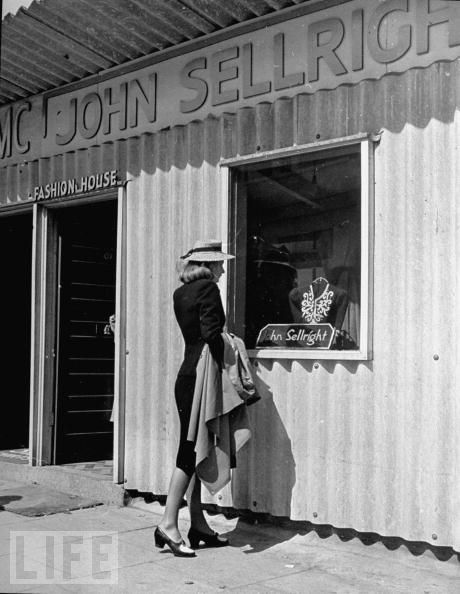 Close-up of one of the prefabs in the previous picture. I have to say the lady is
immaculately well-dressed considering the deprivations of the period? 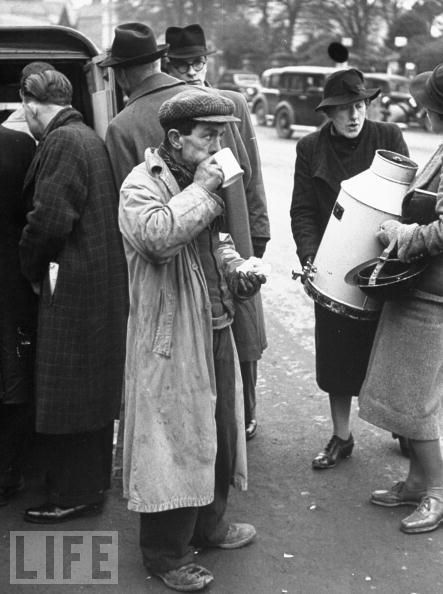 Life wasn't so easy for some as this picture of a typical workman of the period demonstrates. 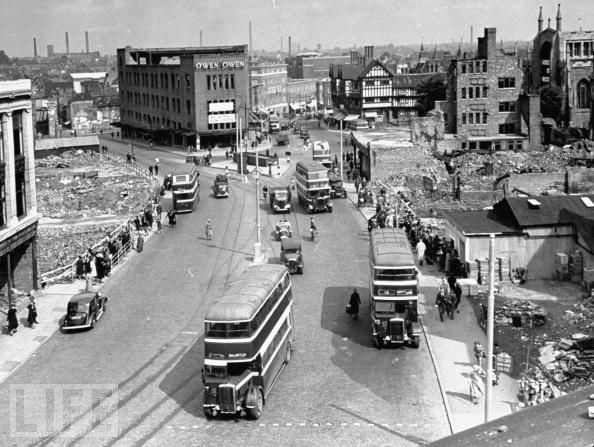 It's several months since Broadgate was blitzed and it has still only been partly cleared. The Owen-Owen
building is just an empty shell but the temporary Lyons canteen on the right is providing refreshment for
everyone. 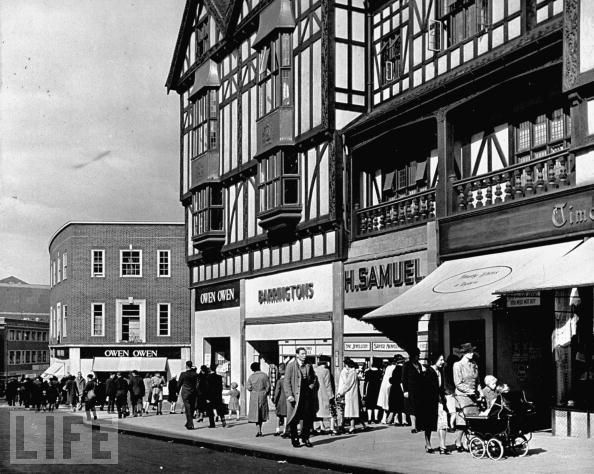 Owen-Owen has had to occupy stores either side of New Buildings while they wait for a new store to be built. 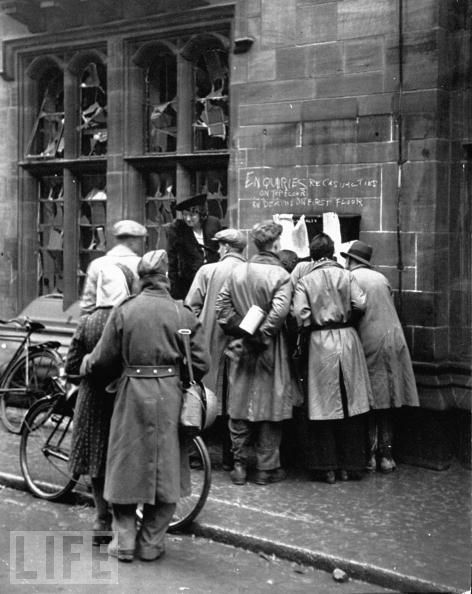 Anxious relatives outside the Council Houses search for the names of casualties
of the recent bombing raid. 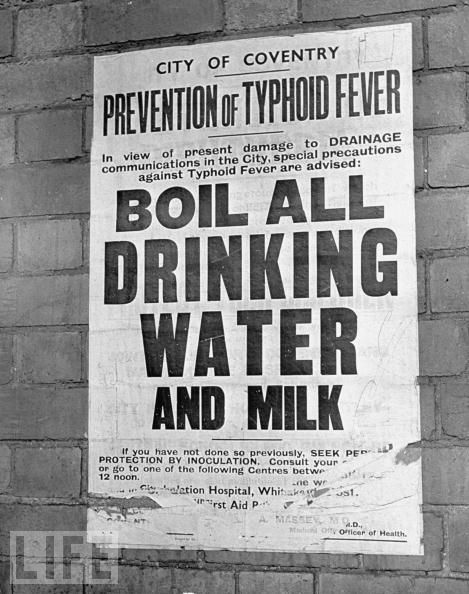 A grim reminder that bombing is not the only danger to life and health.
pollyanna

Dutchy - none of the images came out

pollyanna wrote:Dutchy - none of the images came out

Thanks for letting me know Polly. I'm not sure what the problem was, possibly a combination of Internet Explorer plus congested internet bandwidth, but I've now rehosted the pictures so please try them again?
PoundShopPeter

Great find - any more of the foxy lady outside John Sellright's