A slice of Coventry’s history has been preserved after hundreds of post-WWI pawn broker tickets were unearthed in an attic.

The battered slips were almost 100 years old when they were lent to Coventry’s Family History Society to document.

The charity spent months transcribing the information which saw women in Coventry pawning their most valuable possessions after the first world war, between 1915 and 1923.

The discovery was made at 118 Gosford Street during demolition works - which was formerly one of two William Brookes pawn brokers in the city at the time.

Those visiting pawn shops were predominantly women who never pawned anything more than 10 shillings in value. Some pawned their husbands' suits on a Monday, retrieving them on Friday in time for the weekend.

As well as expected items such as jewellery, some went so far as to pawn their shoes and even their underwear to make ends meet.

Some Coventry residents, such as Elizabeth Clements and Susan Briton of Much Park Street, pawned clothes, bed linen and jewellery on a weekly basis. The shop on Gosford Street alone issued approximately 2,500 tickets per month showing the extent to which it was relied upon by the local community.

Christmas Eve 1915 was a particularly busy day as women tried to provide for their families.

Researcher Alex Cox, at Find My Past, said: “Coventry’s Family History Society do really invaluable work in finding and documenting these really quirky slices of history, that otherwise would crumble to dust.

“People really lived hand to mouth after the war, and it was interesting to see what these people owned and deemed valuable.”

Each ticket documented who was pawning an item, what they were pawning, how much money they received for it, how long they pawned it for, and if it was collected.

Alex added: “Some women were going on a weekly basis and you see the same names crop up a lot. It suggests that they could have worked as agents for the women in their community as there was some shame or stigma around pawning. It’s a really interesting window into actual lives 100 years ago and how they survived."

The Gosford Street shop was the tall building next to the Oak Inn, it became a travel agent after WW2 but according to a brass plaque outside the shop continued to loan money via Lombard. There were a great many second hand clothes and furniture dealers nearby too including the bombed site behind the advertising hoarding. 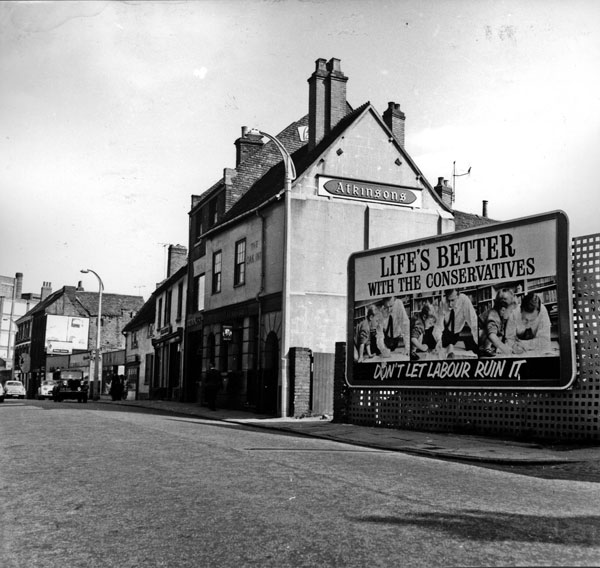