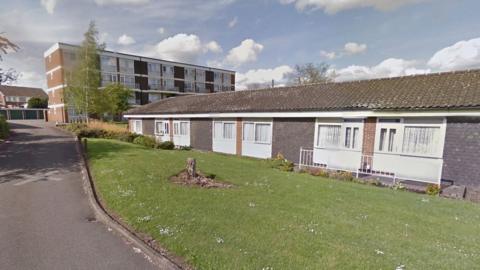 Warwickshire Police was called to Sunnyside Court in Nuneaton, shortly after 14:00 BST on Thursday, where a man in his 50s was found dead.

A 46-year-old man from Nuneaton has been arrested on suspicion of manslaughter and has been released on bail, the force said.

He added officers were awaiting the results of a post-mortem examination and asked anyone with information to contact the force.