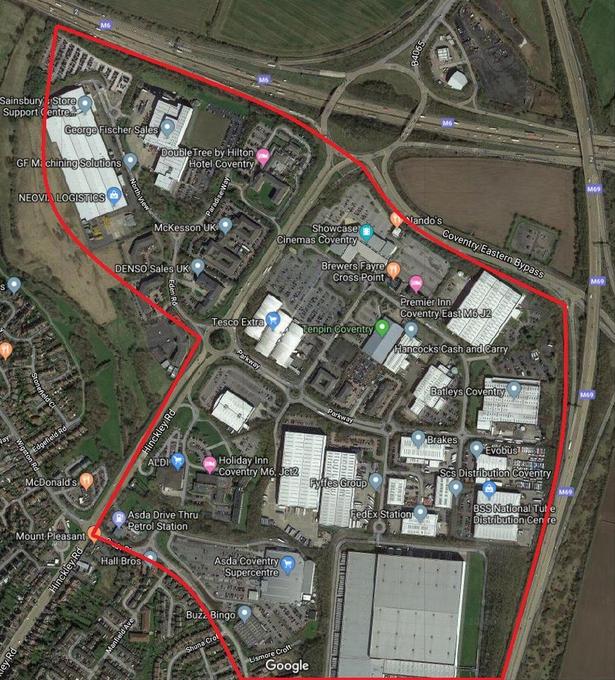 Police have been granted powers to move people on and seize items being used antisocially after a surge in reports of trouble.

Coventry Police will use dispersal powers over the weekend after "numerous" reports of anti-social behaviour in the Walsgrave Triangle area of the city.

The Neighbourhood Team will be using the order from 3pm today (June 20) until Monday at 10am.

The powers are granted under the Anti-Social Behaviour, Crime and Policing Act 2014 and mean officers can direct anyone to leave the area whose behaviour is likely to cause alarm, harassment or distress.

Police will also have the power to seize items that are used to cause distress, including bicycles.

The area is home to a Showcase Cinema, Tenpin bowling alley, Brewers Fayre and DoubleTree by Hilton Coventry.

In February, hundreds of empty laughing gas cannisters were left strewn across the cinema car park. Two cleaners had to fill black dustbin sacks full of the spent cartridges, which had been used for the consumption of nitrous oxide, also known as ‘hippy crack’.

The rubbish, also including balloons and empty boxes, was believed to have been left behind by people who had been using the large car park behind the 'de lux' cinema as a meeting place.

Heavy duty speed bumps installed in the space within the Cross Point retail park in Gielgud Way failed to deter people using it as a meeting place at the time.

The vast haul spanned the entire car park and included clusters of cartridges and spent balloons. Bare knuckle fights have also reportedly taken place in the car park. Since these reports, the Government has introduced restrictions on mass gatherings as part of its response to the coronavirus outbreak.

Anyone wanting to report anti-social behaviour in the Walsgrave Triangle can contact police via Live Chat at west-midlands.police.uk between 8am and midnight, call 101 anytime or contact Crimestoppers anonymously on 0800 555 111. Callers are asked to mention the dispersal order.