I shall keep a lookout next time I'm passing them 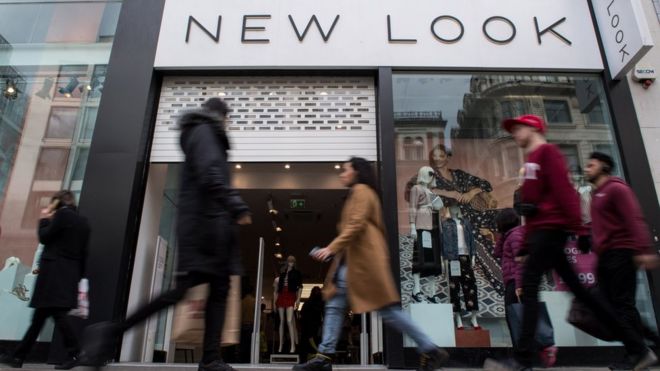 New Look will close 60 UK stores and cut 1,000 jobs after creditors approved a restructuring plan for the retailer.

The stores will close within 12 months and some staff may be redeployed.

The turnaround plan will cut the fashion chain's rents by between 15% to 55% across its remaining 393 stores.

Executive chairman Alistair McGeorge said it was a "tough decision" to seek a company voluntary arrangement (CVA) but was necessary to restore the chain to profitability.

"It is clear we need to reduce our fixed cost base. We are therefore pleased to have gained the support of our creditors to address our over-rented store estate," he said.

"The CVA is one of a number of necessary actions we are taking to get the company back on track."

Carpetright has said 92 stores will shut under its rescue plans, of which 11 have already stopped trading.

It said it hopes to relocate impacted staff where possible.

Stratford's outlet will close - the only one in Coventry and Warwickshire set for the axe.

The group - which employs nearly 2,700 staff overall - also confirmed an investor cash-call to raise around £60 million through a rights issue to put the firm on a firmer financial footing.

The details came as it revealed a "technical breach" of its banking arrangements, but the group said it was taking action to address this and ensure it is amended for the future.

UK's largest retailer of carpets, flooring and beds operates 409 stores in the UK, including seven in the West Midlands. 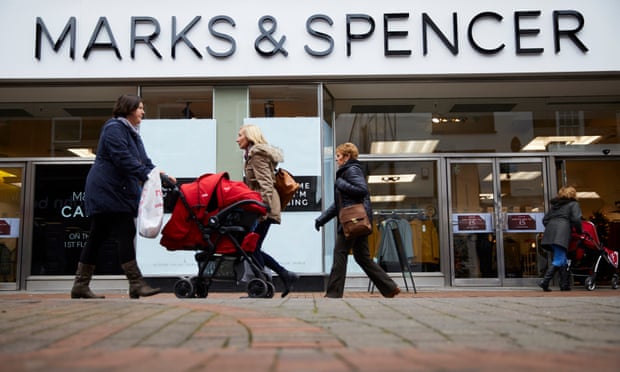 Marks & Spencer is closing one in three of its core clothing and home branches in a dramatic retreat from the UK high street that will trigger thousands of job losses.

M&S on Tuesday revealed plans to close a total of 100 shops by 2022, as it expanded an existing store closure programme. It said the closures were vital for the future of the struggling retail business but Usdaw, the shopworkers’ union, accused M&S of “salami slicing”, as staff came to terms with a third wave of store closures.

The retailer has embarked on a “radical transformation” plan intended to tackle years of falling sales and profits. M&S has confirmed the locations of only 36 store closures so far, including the identities of a further 14 sites that were revealed on Tuesday as part of the enlarged programme. The cull began 18 months ago when the chief executive, Steve Rowe, said he would slash the amount of shopfloor space devoted to M&S’s clothing ranges.
M&S store closures: full list of shops to shut announced so far
Read more

Under the expanded programmes, M&S is eliminating 25% of the floor space devoted to clothing and homewares. M&S has 1,035 stores in the UK, 300 of which sell clothing, homeware and food. There are around 700 Simply Food convenience stores.

With another 64 branches still to be earmarked for closure under the cuts, the process is creating huge uncertainty for staff. So far the programme has affected 1,500 out of 72,000 UK shop staff.

M&S would make an interesting case study. They have had falling profits for years, but have failed to act. Sadly, those at the sharp end are going to face the consequences of a very lacklustre management.
Melisandre

They are asking for ideas from the public when you tell them why you don't buy they don't listen as I have had a manager phone me from the Richo one asking my daughter and myself our opinion s.
dutchman

Homebase sold for £1 as DIY disaster ends for Wesfarmers 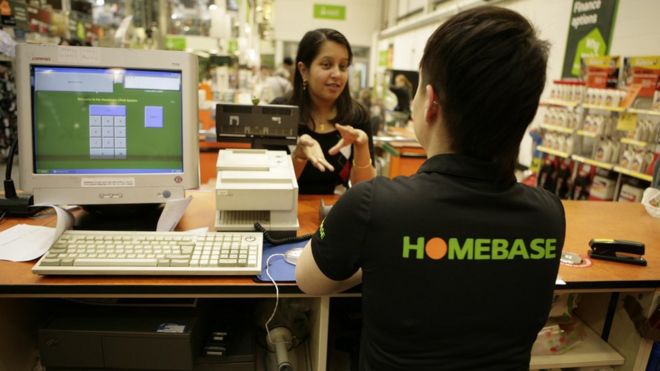 The Australian owner of Homebase has sold the DIY chain for £1, ending its disastrous foray into the UK.

Wesfarmers paid £340m for the retailer two years ago, but losses and other costs will bring its total bill to about £1bn.

The chain is being bought by restructuring specialist Hilco, which rescued music chain HMV in 2013.

The 24 stores that had been converted to the Bunnings brand will revert to the Homebase name.

Richard Lim, of consultancy Retail Economics, said the Wesfarmers takeover had been an "unbelievable disaster" due to "woeful management decisions, clumsy execution and a misguided perception of the UK market".

He expected the restructuring would result in store closures and more job losses on the High Street. Homebase has about 250 stores and 11,500 workers.

"Clearly the sale for just one pound is very disturbing. I am in touch with the company and we are seeking urgent meetings to secure jobs."

This must go down as one of the most disastrous retail acquisitions ever - a textbook example of how not to do it.

The Australian firm thought they could show the Brits how to do DIY. So confident, they immediately sacked Homebase's senior management team. That was a huge mistake.

They then began to strip out the soft furnishings that were popular at Homebase. Instead, Bunnings opted for no frills DIY sheds.

But it failed to understand the UK market and the losses soon started to mount. Deteriorating economic conditions certainly didn't help.

The few stores that were trading as Bunnings will convert back to the Homebase brand as this company makes an ignominious retreat. The new owners will need to act fast to stem the losses across the Homebase business, which will inevitably mean store closures and job losses ahead.

How B&Q survive in business with the exorbitant prices they charge on some items beats me? 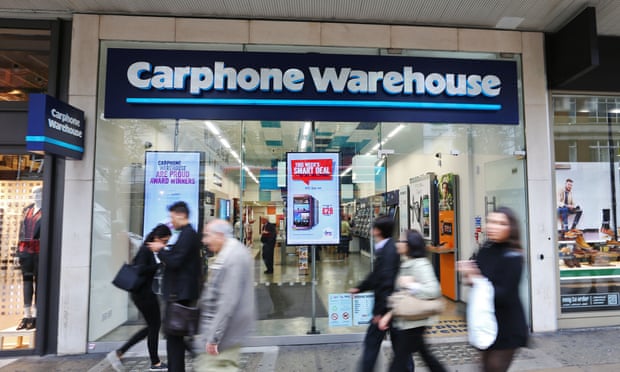 Nearly 100 Carphone Warehouse stores are to close this year as the retailer’s new boss issued a profits warning and pledged to take action to adapt to a changing mobile phone market.

Dixons Carphone said it will shut 92 Carphone Warehouse standalone stores this year as it grapples with a shift in consumer habits and rising costs.

Analysts suggested more closures could be on the way as Dixons trims back its estate of more than 700 standalone Carphone stores. “There should be some easy wins in terms of making it leaner,” said Neil Wilson, the chief market analyst at Markets.com.

Shares in the group, which have already lost 30% of their value in the past year, tumbled by 20% as it warned profits would fall to £300m, well below City forecasts of £387m for the year to April 2019.. It blamed a shrinking market for electrical goods as well as cost increases from the rise in the legal minimum wage.

The group said hard-pressed consumers were holding on to their phones for longer and going “sim-only”, which has hit Dixon’s performance. But it said no jobs would be lost as a result of the stores closures as staff will be offered the chance to move to larger outlets nearby.