I thought I'd posted this reply already but I know a lot of independent model shop owners who will be glad to see the back of Toys 'R' Us.
dutchman

Almost 200 Lloyds Pharmacy branches across the country are to be closed by the chain’s Coventry-based parent company Celesio UK .

The company which is based in Saphire Court at Walsgrave Triangle, revealed the news to employees, according to the UK pharmacy trade website Chemist and Druggist (C+D).

Celesio has said it plans to close 190 “commercially unviable” branches across England.

The firm operates more than 30 sites across Coventry and Warwickshire.

The plan was revealed in a statement published this afternoon, in which Celesio UK managing director Cormac Tobin said the organisation has made the decision due to “changes to government policy on reimbursement and retrospective clawbacks over the past two years”.

He said: “We must respond to the dramatic reimbursement cuts over the past 24 months.

“Although this is a difficult day for some of our colleagues, this also presents an opportunity for us to set ourselves up for the future and build our reputation as a trusted partner of the NHS.”

A message was circulated to Lloyds Pharmacy employees, in which Mr Tobin said the decision had “not been taken lightly”, but was “necessary” for the business “to adapt to the changing landscape”.

Celesio UK told C+D it is “engaged in an active process to try and find alternative options” for the 190 stores “which includes divestment”.

It said: “It’s too early to give any further details” of the branches, how many staff will be affected, or the possible timescales for closures.

“We will be looking for potential buyers for the affected pharmacies. It is for whoever acquires the pharmacies to make decisions about their future.”

Celesio told C+D is pledged to “look to redeploy colleagues wherever possible” but “where we are unable to find a solution, unfortunately colleagues may be in a redundancy situation”.

The lousy service at Lloyds and the convenience of supermarket pharmacies probably has a lot to do with it? I can't remember a month when there wasn't a problem with my repeat prescription at Lloyds.
dutchman

Celesio in talks over future of almost 200 Lloyds Pharmacies

Discussions are taking place with potential buyers for almost 200 Lloyds Pharmacy branches across the country, which were earmarked for closure by the chain’s Coventry-based parent company Celesio UK.

The company which is based in Saphire Court at Walsgrave Triangle, revealed the news on Thursday October 26.

Celesio said it plans to close or sell 190 “commercially unviable” branches across England.

However since then the Coventry parent company has confirmed it is already having discussions with potential buyers who have “expressed an interest” in the branches it wants to offload.

Celesio UK told C+D it is “already in discussions with some parties who have expressed an interest in our pharmacies”.

It added: “We approached existing first-line customers, who have purchased from us previously and therefore have a known track record, and/or [are] cash purchasers, who can complete within our timescales for this work.

“In order to facilitate the transaction, we also wanted to identify potential buyers who would be buying large numbers of pharmacies.”

I would never have used Lloyds in the first place if it hadn't been located in the same health centre as my GP. That turned out to be a very short-sighted mistake and one which I rectified at the first opportunity.
dutchman

The boss of Coventry-based Celesio UK, the parent company of the Lloyds Pharmacy chain, has stepped down from the business.

Cormac Tobin’s move comes in the wake of an announcement that Celesio planned to close or sell almost 200 Lloyds Pharmacy branches across England.

Celesio UK said Mr Tobin had decided to leave the company after more than ten years with the group.

Brian Tyler, chairman of the management board of McKesson Europe, which owns Celesio UK, said: “Cormac has been an energetic and trusted leader of our UK and Ireland businesses.

“He has built a strong leadership team for Celesio UK and his warm and engaging personality made him many friends across community pharmacy and beyond.

“There is a genuine affection for him amongst our colleagues who value his ability to understand customers and patients and put them at the heart of everything we do.

“I am grateful for the dedication that Cormac has shown over the last few years and his leadership through an ever-changing external environment. I wish him every success for the future.”

Mr Tobin has left with immediate effect and the remaining members of the Celesio UK board will manage the business whilst a successor is sought, reporting to Mr Tyler.

I trust he will receive a payoff equal to several times what his average employee will ever earn in a lifetime?

RBS to close one in four branches and shed 680 jobs 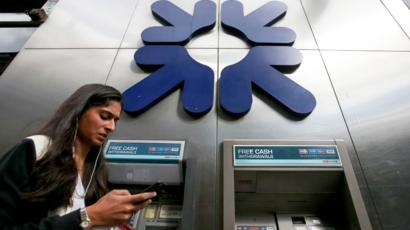 RBS is closing 259 branches - one in four of its outlets - and cutting 680 jobs as more customers bank online.

The closures involve 62 Royal Bank of Scotland and 197 NatWest branches.

RBS, which is 71%-owned by the taxpayer, said it would try to ensure compulsory redundancies were "kept to an absolute minimum".

The bank said use of its branches by customers had fallen 40% since 2014, but the Unite union, which represents bank staff, called the cuts "savage".

Struggling US retailer Toys R Us has confirmed plans to close to a third of its permanent UK stores but says all the branches will remain open through Christmas and the new year.

Up to 800 jobs are on the line with the potential closure of at least 26 of Toys R Us’s 84 permanent UK stores from spring next year.

Steve Knights, managing director of Toys R Us UK, said the company had to take “strong and decisive action” as its largest warehouse-style stores opened in the 1980s and 1990s were “too big and expensive to run in the current retail environment”.

On 21 December, Toys R Us will ask its creditors to approve a company voluntary agreement (CVA), an insolvency procedure used by retailers to close loss-making stores. The process, which will reduce its rental bill partly by closing stores, is being handled by Alvarez & Marsal, a specialist adviser on corporate insolvencies.

Toys 'R' Us Coventry store will not close

Toys 'R' Us will not be closing its Coventry store as it moves to cut costs amid fierce competition from online retailers.

The store on the Cross Point Business Park will not face the axe, nor will the chain's Solihull store.

However stores in Birmingham, Tamworth and Leicester have been earmarked for closure.

The firm said in a statement today that at least 26 shops are to shut down in spring 2018, with 800 roles at risk of redundancy as it tackles its "warehouse-style stores that are too expensive to run".

They include the outlets at St Andrew's Shopping Park in Birmingham and in Tamworth at Ventura Retail Park. 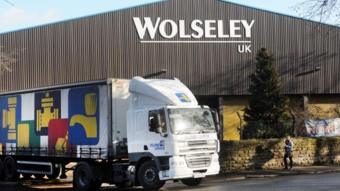 The owners of plumbing supply company Plumb Center have announced proposals to close their distribution centre in Warwickshire, putting 170 jobs at risk.

The firm, known in the UK as Wolseley - part of US group Ferguson - said the closure, at Royal Leamington Spa, was planned to take place within 18 months.

The proposals form part of a UK-wide restructure which will see 98 branches close with around 800 job losses.

The company said the redundancies were subject to employee consultation.

To date, it said, it has closed 38 branches resulting in 200 redundancies.

Wolseley said it is also looking at cutting around 100 administration and support roles at its UK headquarters in Leamington Spa.

It said the remaining 342 employees would be relocated to a new site nearby.

New Look stores in Coventry could be at risk of closure as the retail look to save money.

The retail giant is to close around 60 stores across the country to save on rent costs, reports the Mirror Online.

There are ten New Look stores across Coventry and Warwickshire.

Two are in Leamington, one in Royal Priors and another at The Shires retail park.

Another two in Stratford, one on Bridge Street and another at the Maybird Retail Park.

Nuneaton has a store in the Ropewalk shopping centre, while Rugby also has two stores, one at Elliott's Fields shopping park, and another on North Street in the town centre.

Closing dozens of stores would help New Look make a significant reduction in its rent costs.

It is the latest in a number of high-profile high street names to face financial struggles.

They should sell better quality and better designed clothes then with the prices they charge for poor quality and they would have more custom then be able to afford the rents. Or is this an excuse to sell through the net on line.
Write comments
Switch to full style