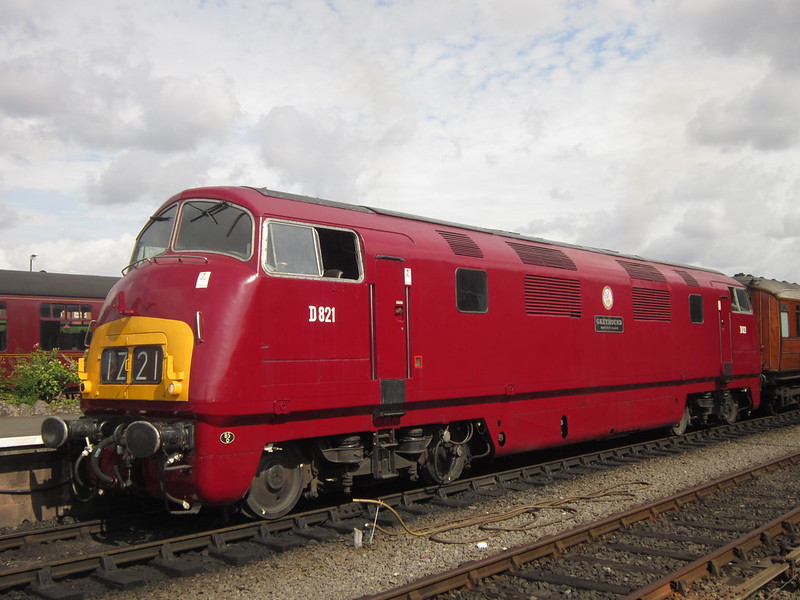 Peculiar to BR Western Region, the reason it's so hideously ugly is that it's a scaled-down version of a much larger German design. What does it have to do with Coventry you may well ask? Well, the Maybach diesel engines (there are two of them per locomotive) were made under licence by Bristol Siddeley (later Rolls-Royce) at their factory in Ansty.

I only ever saw one of these in real life coming from the direction of Leamington (which was a Western Region station) and possibly headed for the breaker's yard. It's peculiar shape and red livery made it look like a visitor from the planet Mars!
Write comments
Switch to full style