FIFA is top dog once again, but this year saw a number of resurgent titles, including the return of Sea of Thieves to the top ten 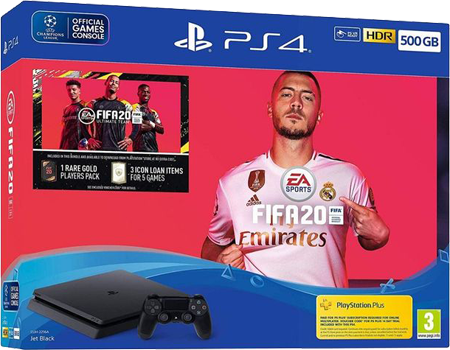 Black Friday always has a big impact on the UK charts, not only with the hundreds of individual games that are discounted during the now week-long sale but because retailers and platform holders package up hardware with games to make them more tempting in the run up to the holidays. That's the reason why Sea of Thieves, which we last saw in the charts early last year when the game first released, is once again in the UK top ten.

FIFA 20 was the biggest seller of the week, helped no doubt by the fact that it was bundled in with the PS4 at retailers up and down the country. In fact, last week's best-seller Call of Duty: Modern Warfare was also included as part of a PS4 hardware bundle and that helped keep it in the mix, while Star Wars Jedi: Fallen Order and the aforementioned Sea of Thieves were included as part of Xbox One hardware bundles.

Much of the top ten, however, is dominated by Nintendo, with Minecraft (which appears twice in this week's chart) and Pokémon (which also appears twice) among the five Nintendo-published games included.

Elsewhere, recent releases such as Shenmue 3 and Football Manager 2020 were completely absent from this week's top forty, with many gamers taking advantage of generous discounts and going back to snap up some of those titles that were missed before. Check out the top ten below:

Perhaps just as interesting as the games and their respective successes is the news that overall Black Friday sales were down 22% year-on-year (although as Games Industry notes, there was no Red Dead Redemption 2 to buoy sales this year). PlayStation gamers snapped up 500,000 physical games during the week, but that's 37% fewer than last year, and Xbox was similarly down, with 413,112 games sold representing a 26.7% decline. On the other hand, Nintendo's growing market share with the Switch meant a 44% bump year-on-year, with 361,967 games sold last week.

What did you pick up in the Black Friday sales this year?