The story this week isn't what's selling, but rather what's not 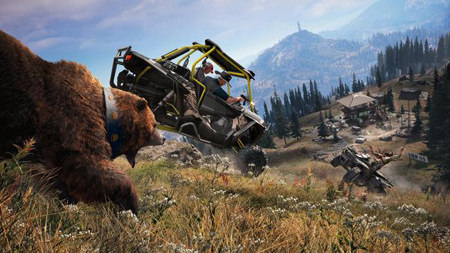 This week the GfK Chart-Track top ten is a rather static affair, this following a slow week for UK retailers which saw no new games debut in this week's top ten. Far Cry 5 is once again the most popular cult in town, and that's despite a 45% drop when compared to last week. FIFA 18 stays second in the league, again despite a 7% drop in sales. Mario Kart 8 Deluxe zoomed into this week's top three, once again despite a drop in sales (in this case, it was a 17% slump). According to Games Industry, a game would have had to have sold just 3,500 copies to make it into this week's top ten, which you can see in full below.