Far Cry 5 is still top of the UK gaming charts

Far Cry 5 is still top of the UK gaming charts

It's a second chart-topping week for Ubisoft's cult-filled shooter 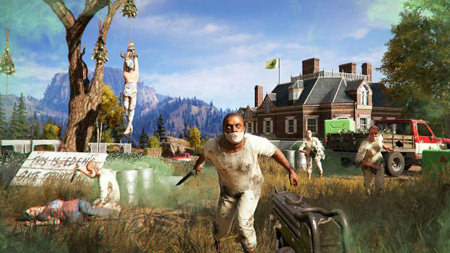 Far Cry 5 is once again the best-selling game in the UK at retailers up and down the country, and it held on to top spot despite a 69% drop in week-on-week sales. In fact, the top ten is largely the same as it was this time last week, with FIFA 18 and Sea of Thieves retaining their podium finishes. The most significant change is Forza Motorsport 7's rise into the top five, its resurgence at retail driven by promotional price cuts.