FIFA 18 is back on top of the UK gaming charts

FIFA 18 is back on top of the UK gaming charts 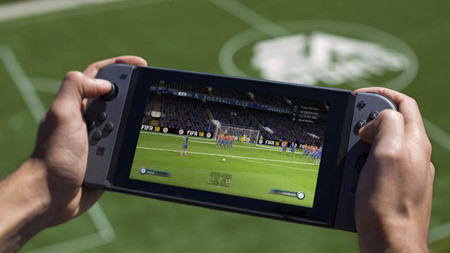 On the back of a price reduction, sales of the Nintendo Switch version of FIFA 18 enjoyed a massive boost last week, which in turn helped the game to the top of the UK retail charts once again. The price cut across retail and digital proved too tempting for a lot of people, and at retail alone the game saw a huge 494% increase in sales. That said, the PS4 version remains the best-selling version of the game.

Last week's best-seller, Shadow of the Colossus, took a tumble down to seventh on the back of a 72% sales drop, while Kingdom Come: Deliverance landed in second despite mixed reviews. Bayonetta 2's Switch release saw the wicked witch chart just inside the top five, while last week's other big debut, Dynasty Warriors 9, couldn't make the top ten and was the 13th best-selling game at UK retailers last week. Beyond that, Secret of Mana: Remake debuted in 24th and Monster Energy Supercross squeezed in just behind in 25th.