A ton of games have had sales boosts this past week, meaning a bit of a shake-up at the higher end of the charts 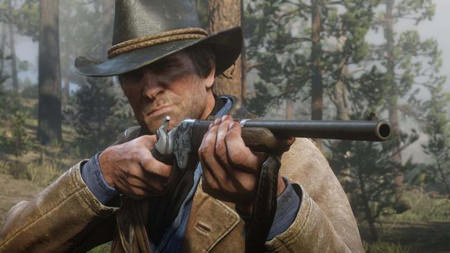 Red Dead Redemption 2 is one of the goliaths of the year, and now it has reclaimed the number one spot in the UK weekly charts after a 19% increase in sales, with FIFA 19 also having its own rise of 30% to move it into number two just behind (as reported by GamesIndustry.biz).

Call of Duty: Black Ops 4 enters in at number three with sales up a whopping 175%, meaning Super Smash Bros. Ultimate has been pushed all the way back to number four. Speaking of sales increases though, Forza Horizon 4 races into number eight after its own boost of 135%, so a ton of games seem to be having a good week in the charts.

That is, until you look at Just Cause 4, which has had a 47% decline to drop it to number 13 out of the top 10, which you can see for yourself in full down below: