Coventry City to wear 2-Tone kit inspired by The Specials

Coventry City to wear 2-Tone kit inspired by The Specials 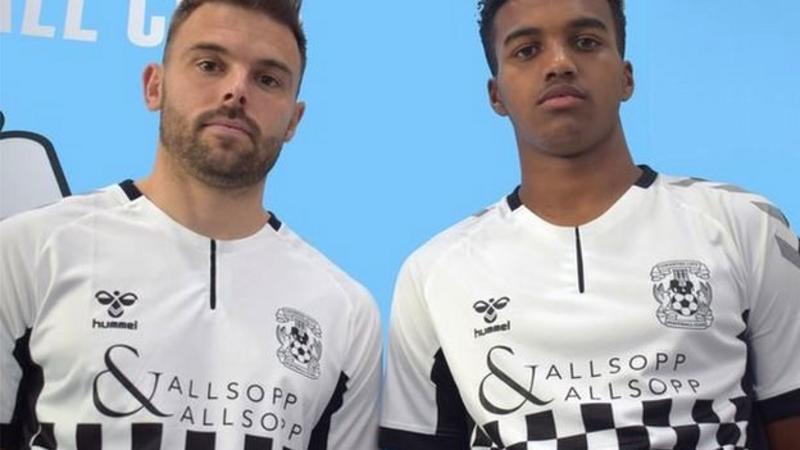 Coventry is home of the music genre led by The Specials, who topped the charts with Too Much Too Young and Ghost Town, and spread a message of racial unity.

The kit features aspects of the label's black and white branding, and the anti-racism Kick It Out logo.

City will wear the kit for Sunday's televised League One home game against Tranmere Rovers at St Andrew's.

Three Coventry players feature on the front of Sunday's match programme in a classic 2-Tone pose.

The club will donate a framed shirt to the Coventry Music Museum so it can be viewed by future generations alongside other memorabilia of 2-Tone, which is celebrating its 40th anniversary this year.

Coventry City chief executive Dave Boddy said: "2-Tone music was iconic locally and nationally, and is an important part of Coventry's history. As another important part of our City's history, we are proud to pay tribute to 2-Tone and its impact with this new kit."

The kit idea was suggested by Sky Blues fan Roger Smith at the launch of a club for Coventry City fans in the Bedworth and Nuneaton area.

A style of music which fused ska with punk and reggae, 2-Tone also launched the careers of Madness, The Beat and The Selecter.

Neville Staple from The Specials and The Selecter's Neol Davies were at the kit launch.

The distinctive checkerboard design closely associated with the era is on the front of the shirt - with the top half white and the bottom half black.

On the back is the 'Walt Jabsco' figure which 2-Tone founder Jerry Dammers helped dream up in the 1970s - a fictional dancer in a black suit, white shirt, black tie, pork pie hat, white socks and black loafers.