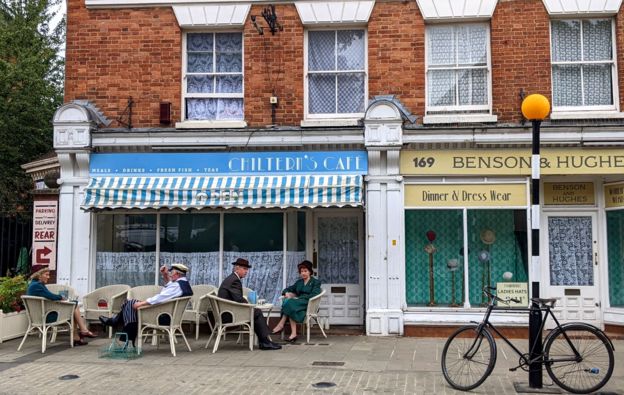 A street in Coventry has had a 1950s makeover as part of filming for an upcoming television show.

Shopfronts were transformed with vintage cars and extras spotted on Spon Street on Wednesday.

A temporary road closure was also put in place to stop traffic entering the production area.

The show, written by the actor and comic, is about three women who leave Jamaica for a new life in Great Britain.

Filming for the show, set in the Midlands, has already taken place in the Earlsdon area and other film shoots across the city are planned.

David Welsh, from the city council said: “We are delighted that Coventry was chosen as a location for Three Little Birds and I am sure people will be watching with interest when the programme comes out – not just for the great show, but to see if they can recognise little bits of our city as well.

The two shops in the picture belonged to St George's dry cleaners in the 1950s.

I spotted a Vauxhall Velox pickup truck in B&Q's car park yesterday, I wonder if that had something to do with the filming?
Write comments
Switch to full style