Doctor Who unveils new Dalek design ahead of festive special

Doctor Who unveils new Dalek design ahead of festive special

The iconic villains have had a facelift... 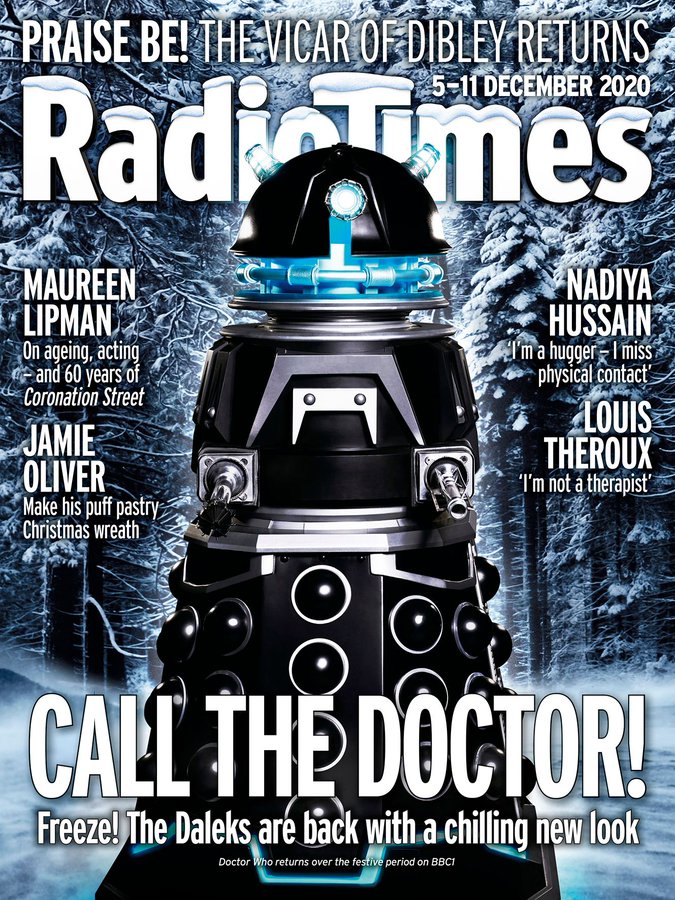 Doctor Who fans are in for a treat with the upcoming festive special, as the Daleks have had a facelift.

The brand new design for the iconic villains was revealed on the cover of Radio Times, which you can check out below, showing a very sleek and modern-looking Dalek in a snowy landscape.

The traditional festive episode, which is titled 'Revolution of the Daleks', has the fan-favourite characters at the centre of the storyline.

It's set to pick up where the 12th series left off, with The Doctor locked away in a high-security alien prison where she's serving a life sentence for her 'crimes' against the universe.

With the Doctor seemingly out of action her companions Yaz (Mandip Gill), Graham (Bradley Walsh), and Ryan (Tosin Cole) have to take on a Dalek themselves.

"This new special is the Daleks taking on the universe," Walsh told Radio Times. "For Whovians and the show, it's massive."

Due to the Daleks being front and centre in the Christmas episode, showrunner Chris Chibnall and executive producer Matt Strevens have explained why the characters are so important to the show.

"No question, they're a part of British culture – they're like the Mini of Doctor Who. You can keep updating them but the brilliant design endures," Chibnall said.

Strevens added: "Even if you don't know much about Doctor Who, everyone knows the Daleks.

Chibnall also recently revealed that the new series has been cut short and will only be eight episodes rather than the usual 11.

"Given the complexity of making Doctor Who, and with new and rigorous Covid working protocols, it's going to take us a little longer to film each episode, meaning we expect to end up with eight episodes, rather than the usual eleven.

"But rest assured, the ambition, humour, fun and scares you expect from Doctor Who will all still be firmly in place. For everyone around the world, this is a challenging period — but the Doctor never shirks from a challenge."

Doctor Who airs on BBC One in the UK and BBC America in the US, and will return for a festive special.

Re: Doctor Who unveils new Dalek design ahead of festive special

I'm not so sure this is a good idea.
dutchman

Re: Doctor Who unveils new Dalek design ahead of festive special

If I remember correctly the decision to slash the number of episodes from eleven to eight was made long before Covid was even heard of. (It was thirteen originally).

Also the festive edition will be shown on New Year's Day not at Christmas.
Write comments
Switch to full style