Keep It Country claims £1.3m from the BBC

Keep It Country claims £1.3m from the BBC

The boss of the Keep It Country TV channel has demanded £1,328,350 from the BBC as its share of the TV licence fee 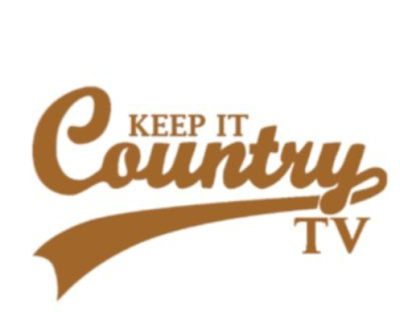 In what can only be described as a publicity stunt, reported this month in the Irish World, channel CEO Philip McLaughlin, aka Phil Mack called on the BBC to provide his station with its “share” of the license fee, issuing an invoice and a proposal for a “payment plan” to the national broadcaster for the £1,328,350 demand, based on the current viewing share of the self-proclaimed "only European television channel solely dedicated to country music" [someone tell Total Country].

Mr McLaughlin argued that since the BBC’s share of viewership is now down to less than 30%, the distribution of the license fee revenue “must be adjusted accordingly”.

Keep It Country is on the verge of rebranding to Spotlight TV, reflecting recent changes to its programme output, which now includes an increased amount of non-country related vintage music and films - the broadcaster's Ofcom licences were reissued under the new name last week.

Earlier this month, the channel fell foul of two UK broadcasting rules when Ofcom found it had broadcast a music video depicting hunters killing human prey and blood spraying from the victims and 1 so-called "F-bomb" of "offensive" language as part of a country music show broadcast at 4:20pm on 2nd April 2019.

And, it's being reported that Keep It Country is planning to withdraw from Freeview when it rebrands, due to the high cost of broadcasting on the platform.

The BBC has reportedly advised that the Department for Digital, Culture, Media, Sport (DCMS) decides what happens to the licence fee and how much it should be set at. The licence fee has been used for non-BBC purposes before.

Re: Keep It Country claims £1.3m from the BBC

I wish him well!
dutchman

Re: Keep It Country claims £1.3m from the BBC

Keep It Country ended transmissions on Freeview channel 87 in what has been described as a "temporary move". But the channel will continue to be available on compatible connected Freeview TVs from next week.

Just six months after securing wider coverage on Freeview, the channel which is just about to change its name to Spotlight TV, is closing its linear Freeview outlet over the cost of the Freeview slot.

It has signed up a deal to be included in the Vision TV streamed channel portal on channel 264, which means that compatible connected TVs will be able to stream Spotlight TV from 1st July alongside the other existing channels available on the Vision TV portal.

The name change and Freeview service closure come as the channel moves away from a purely country music schedule, to feature cheaper, archive television shows, including Bonanza and Pathé Newsreels. It comes at the end of a month, when the channel's owner demanded that licence fee money be used to prop up the channel.

There are no changes to Keep It Country/Spotlight's TV service on Sky or Freesat. The name change is due to take place on 1st July.