Actress Rosalind Knight - whose credits include early Carry on films and Channel 4's Friday Night Dinner - has died aged 87, her family has said 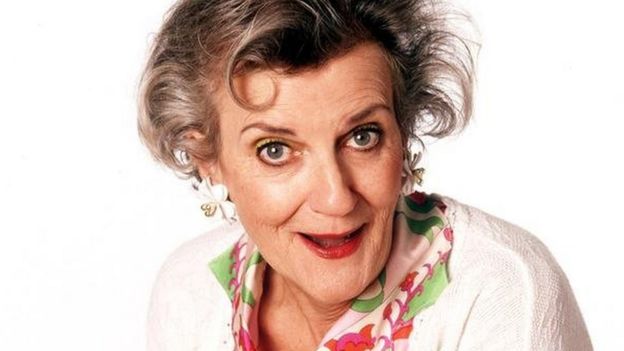 The TV, film and theatre actress appeared in Carry On Teacher and Carry On Nurse in the 1950s

In a statement, her family said the "well-loved" actress who had a "glorious career" died on Saturday.

Her other screen credits include 1957's Blue Murder At St Trinian's, where she played a schoolgirl and a teacher in The Wildcats Of St Trinian's in 1980.

She also starred as retired prostitute Beryl in BBC sitcom Gimme, Gimme, Gimme, which ran from 1999 to 2001, with Kathy Burke and James Dreyfus.

Knight's family said in their statement: "She was known to so many generations, for so many different roles, and will be missed as much by the kids today who howl at Horrible Grandma in Friday Night Dinner as by those of us who are old enough to remember her in the very first Carry On films."

Her daughters, theatre director Marianne Elliott and actress Susannah Elliott, said she would be remembered for her "immense spirit and sense of fun, and her utter individuality".