It will be followed by the National Silence 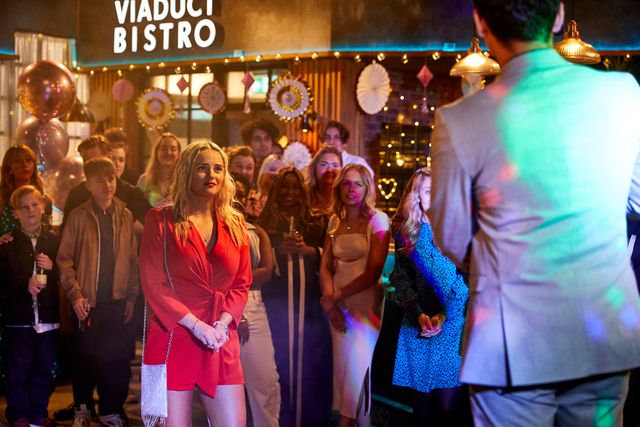 Tonight's episode of Coronation Street will now air on ITV on Sunday, September 18 at 7pm.

The soap has had an irregular release schedule since the news of Queen Elizabeth II's passing was announced last week as a number of broadcast changes have been made to accommodate for news coverage.

In place of Corrie's usual Friday slot will be two episodes of Emmerdale, which will air at 8pm and 8.30pm straight after the ITV Evening News and national weather forecast.

Schedules still remain subject to last-minute changes amid coverage of the Queen's death and events surrounding it.

Sunday's episode of Coronation Street will be followed by coverage of the National Silence for the Queen at 8pm.

In Corrie scenes airing next week, Kelly Neelan (Millie Gibson) will make her exit from Weatherfield after she finally discovers the truth that Gary Windass (Mikey North) killed her father Rick years ago.

Gibson announced over the summer that she would be leaving Coronation Street after three years, and she recently spoke to Digital Spy and other media about why the timing is right for her to say goodbye.

"I think Corrie is a home," she told us. "It's the best way of describing it, it's a home. Because I'm so young, I thought: 'I've got to leave'. I have no responsibilities – I don't have kids, I don't have a mortgage to pay or anything like that, I'm still grateful to be living at home."