The ITV soaps are making way for football 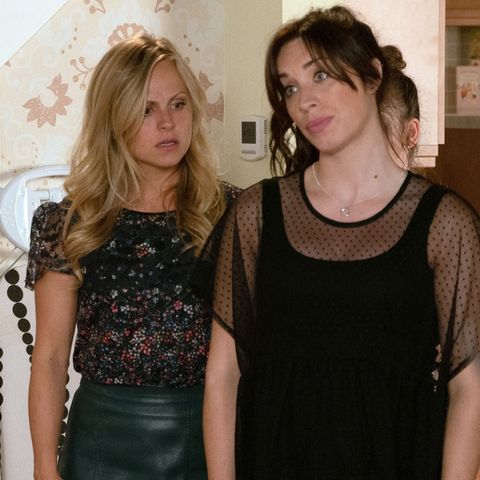 Coronation Street and Emmerdale fans will have to cope without their usual soap fix tonight (October 11).

Neither of the two shows air this evening, due to live football coverage taking over the schedules on ITV.

ITV is airing England's Euro 2020 qualifier against the Czech Republic from 7pm tonight, leaving no room for Corrie or Emmerdale in the schedules.

Corrie has been airing emotional scenes this week, as Sinead Osbourne has been told that she now has just weeks left to live as her cancer is no longer responding to treatment.

Emmerdale has also been delivering more drama from Moira Dingle's affair storyline with Nate Robinson. However, viewers of both soaps will have to wait until next week to see how these storylines unfold further.

Monday night (October 14) sees another game take over the schedules on ITV, as England take on Bulgaria.

As previously announced, this means that Emmerdale next airs on Tuesday (October 15) for an hour-long episode, as Robert Sugden and Aaron Dingle decide to go on the run.

Coronation Street isn't back until Wednesday (October 16), when Max Turner's bad behaviour leads to the return of his grandmother Marion.

ITV has already scheduled in a seven-episode week for Coronation Street later this month, as the channel starts to make up for the recent missed editions.