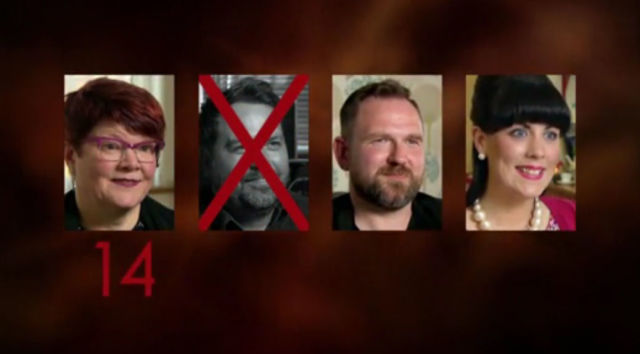 Come Dine With Me has removed a contestant for the show without explaining why, in what appears to be a first for the programme.

Viewers were left confused after 40-year-old music producer Rory Nicoll, who took part in two nights of the Central Scotland edition, was taken off the show.

Commentator Dave Lamb told viewers that he had been removed after "incidents that happened away from the dinner party" and would not be returning.

The music producer, who worked on the Scottish film The First Flag, appeared to rub fellow diners up the wrong way in the parts of the show where he did appear.

In his introduction he said that people who first met him tended to find him "cocky and arrogant".

He engaged in a bizarre argument with a fellow diner over which Take That member was more talented (Rory defended Gary Barlow) which got so heated that another guest had to step in.

There have been plenty of awkward incidents on Come Dine With Me - it's part of the appeal of the show - but this appears to be the first time that a contestant has actually been removed.