The Masked Dancer unveils two acts as one is forced to withdraw early...

The Masked Dancer unveils two acts as one is forced to withdraw early... 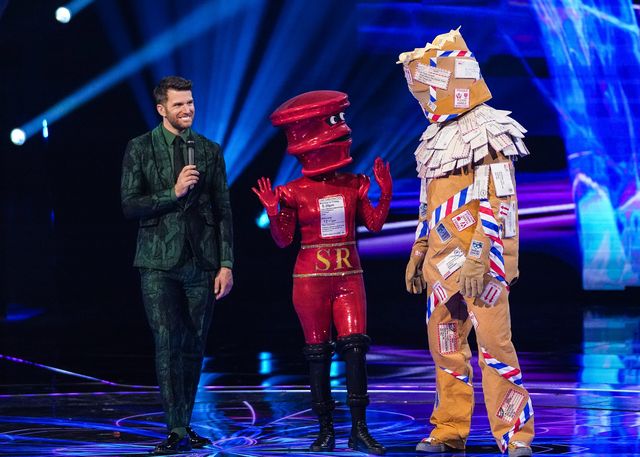 The Masked Dancer UK has unveiled not one but two acts on its latest episode.

In tonight's (October 1) edition, the mysterious contestants continued to do battle, but in the end it was Pillar and Post and Tomato Sauce who lost out.

Pillar and Post's time sadly came to an end early after being forced to withdraw due to injury, and were thus unveiled as former footballer David Seaman and wife Frankie Poultney.

"It's not the way we wanted to go, but it happens," Frankie admitted after their unmasking.

She added in a statement: "We were gutted as we absolutely loved every minute! It was great fun but a tumble meant our Masked journey came to an end too soon, we had such a blast and we were sad that we had to hang up our masks without being able to share our final dance with you all!

"We have loved being part of this series and we wish the other competitors the best of luck as we continue to watch at home and try to guess who all the other celebrities are!"

An ITV spokesperson said: "Due to an injury sustained during rehearsals Pillar has had to withdraw from the competition, we wish her a speedy recovery." 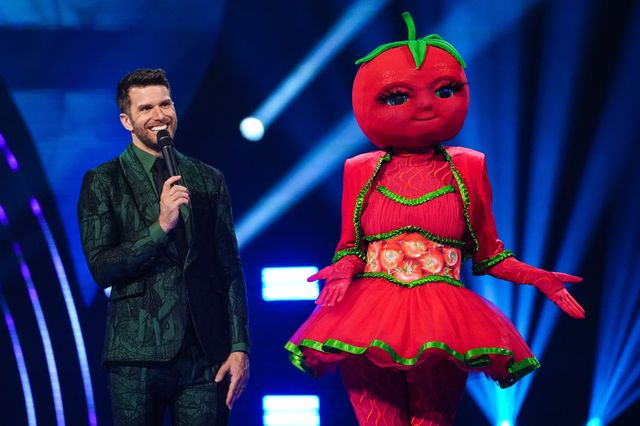 Later on it was Tomato Sauce and Odd Socks that faced the panel's decision as the bottom two, before the judges decided to save the latter.

Tomato Sauce was thus eliminated, before being unmasked as Steph McGovern, who admitted after: "I've loved it, I've had the time of my life."

Speaking afterwards about why she decided to do the show, the TV presenter admitted: "I love the show and I love dancing. Getting to dance as a completely different person/character is thrilling!"