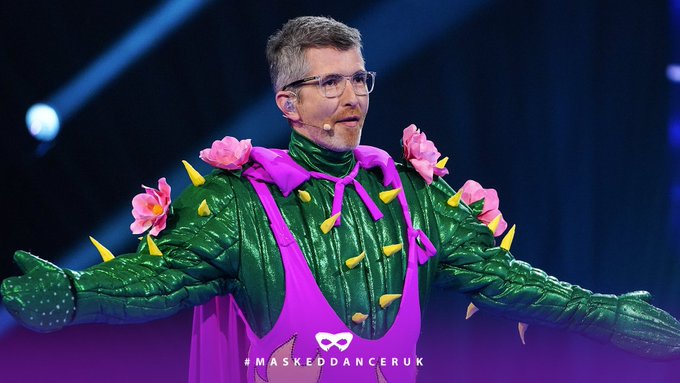 The Masked Dancer resumed on ITV tonight (September 24), with a fourth celebrity being unmasked.

Five characters performed their routines: Pearly King, Onomatopoeia, Sea Slug, Cactus and Tomato Sauce, with Cactus and Pearly King being the unlucky ones to land in the bottom two.

The judges seemed sure that cactus was a boyband member, more specifically a member of McFly – with Tom Fletcher, Danny Jones and Dougie Poynter being amongst the guesses. So the judges were surprised to see choir supremo Gareth Malone unmasked instead!

"I have had so much fun. The last time I danced I was 7 and I danced with a broom in the school play. I mean, I danced, I danced," Gareth said upon his unveiling.

"How hard was it being taught, after you being the teacher?" Davina asked.

"I'm never doing it again. I was sick with nerves," Gareth added. "I'm so out of my comfort zone. I don't know how to dance, I don't have that thing."

"The thing is you just perform, you really brought so much personality and life to the floor. It was brilliant to watch," Oti told him.

The Masked Singer and The Masked Dancer air on ITV.