Glitter and sequins at the ready 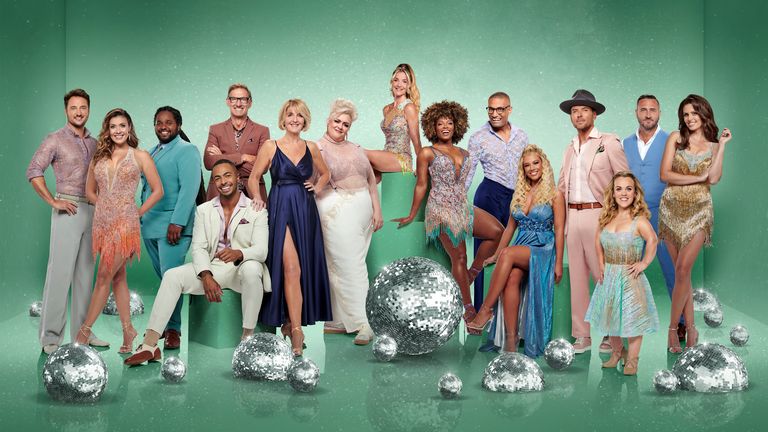 However, it was the all-important pairings that took precedence in the series premiere, and among them were two same-sex couples – namely Richie Anderson and Giovanni Pernice, and Jayde Adams and Karen Hauer.

"Could you get anyone better than Mr Giovanni?" Richie admitted upon finding out his partner. "I feel like I'm the envy of the British public right now!"

Comedian Jayde noted of her partner: "Karen IS Strictly", while the dancer added: "I'm absolutely excited, I have so many ideas, too many ideas, this is going to be a golden moment for me."

Here are the rest of this year's pairings:

The Strictly launch show, which was pre-recorded, was originally meant to air last weekend, though was delayed due to Queen Elizabeth II's death. The first live show is still going ahead as planned tonight (Saturday, September 24).