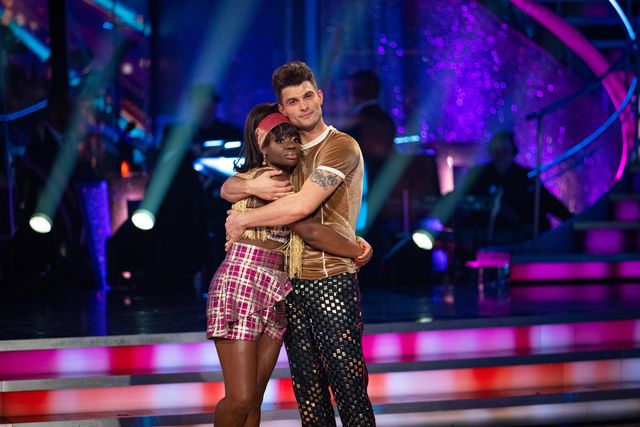 The Radio 1 DJ, and professional partner Aljaž Škorjanec, scored 19 points for their jive set to Tina Turner's 'River Deep, Mountain High' on Saturday (November 28), ranking them last on the leaderboard.

Bill Bailey and Oti Mabuse, Ranvir Singh and Giovanni Pernice, and Jamie Laing and Karen Hauer, all earned 24 points. But it was the latter pairing – who performed the tango to Sexteto Mayor's 'Tanguera' – that ended up in the dreaded dance off alongside Clara and Aljaž.

After both couples repeated their routines, judges Craig Revel Horwood, Motsi Mabuse and Shirley Ballas shared their verdicts. And unlike last week's results show, which saw the them unanimously opt to save EastEnders' Maisie Smith and Gorka Márquez, they were torn this time around.

“My goodness, it's a really difficult one. Both couples, I thought, were absolutely incredible and danced with so much passion and love," Craig began, before suggesting that Clara and Aljaž stay in the competition.

"I have to say this was one of the toughest decision I've ever had to make," Motsi echoed. "Based on that dance off only, I saw one couple that did their choreography and had all the steps correct and I saw another couple who had a mistake in the steps and in the timing.

"So I'm going to choose for me, I'm saving Jamie and Karen."

"Well this is a very difficult series, I mean every couple is outstanding and I felt on this occasion that both couples totally lifted their game, but there was one couple they just convinced me," Shirley, who ended up with the deciding vote, continued.

"They had conviction from step to step, they believed in their performance and therefore I'm going to save Jamie and Karen."

Realising that she was the one being sent home, Clara described her stint on the show as "the best time ever" and said she's made a "new friend for life" when it comes to Aljaž.

"I'm really gutted," he chimed in. "You are a dream to be around. You're a beautiful girl inside out, I hope that people at home got to see that.

"This series has been so special and it's only because of you, thank you so much. I'm going to miss dancing with you."

Strictly Come Dancing continues next Saturday (December 5) on BBC One.