Whose Glitterball dreams ended in the Blackpool Tower Ballroom? 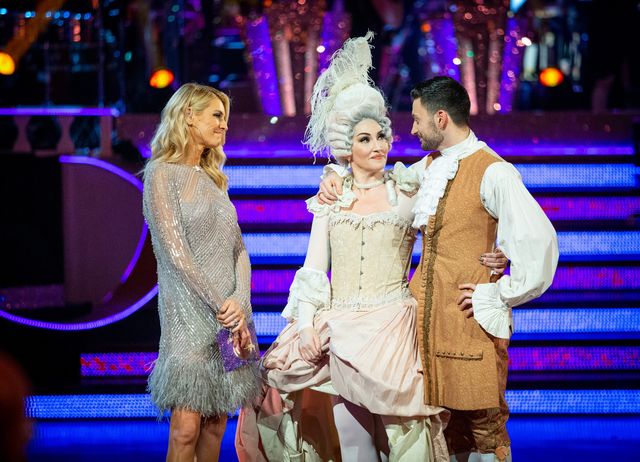 Strictly Come Dancing enjoyed another fabulous night at Blackpool's Tower Ballroom on Saturday, but it also marked the end of the road for one celebrity's Glitterball dreams.

With just one month to go until the Strictly 2019 final, it was Michelle Visage and Giovanni Pernice who became the latest couple to leave the competition tonight (November 17) after their Couple's Choice dance to 'Vogue' earned them a place in the dance-off alongside Saffron Barker and AJ Pritchard.

But after both couples performed their dance again, the judges' decision was unanimous in favour of Saffron and AJ, and Michelle struck her final pose in the competition.

"I'm having a really difficult time with myself over this. This doesn't normally happen to me," Craig Revel Horwood admitted.

"I normally make a very quick, instant decision. This has been really, really difficult. One couple took all the notes on board and one couple were better. And the couple I've decided I would like to save is save is Saffron and AJ."

Motsi Mabuse also agreed that this week's dance-off left her with a difficult choice, adding: "I feel like we saw two brilliant dances. It's so, so tough this week, I have to say. But I'm going to save Saffron and AJ."

Bruno Tonioli also opted to save Saffron and AJ, explaining that he thought they really "nailed the dance", but congratulated both couples on their performances.

"It's so competitive it's unbelievable," he said. "You both really raised the game tonight – much, much better than Saturday."

Head judge Shirley Ballas added she would have also chosen to save Saffron and AJ, but Michelle appeared to take it all in her stride, admitting that the whole experience had been "amazing".

"At 51 years old and never danced in my life, I never thought I'd be able to do what I have done and to have such an incredible partner," she said.

"To be here for my husband and my kids and the entire community, that's why I did what I did. I am so honoured to be welcomed by my new friends here.

"Obviously I couldn't have done it without [Giovanni]," she added. "He has been so amazing, so transformative. Just my rock and my best friend throughout this entire competition. He could take it as much as he could dish it, and I needed somebody like that.

"I would never have wanted to do this with anyone else."

Now there are only six couples left in the competition dancing for the three spots in the Strictly final.

Strictly Come Dancing continues next Saturday (November 23) at 7pm on BBC One, with the results show following on Sunday (November 24) at 7.15pm.