It was a tough one for the judges 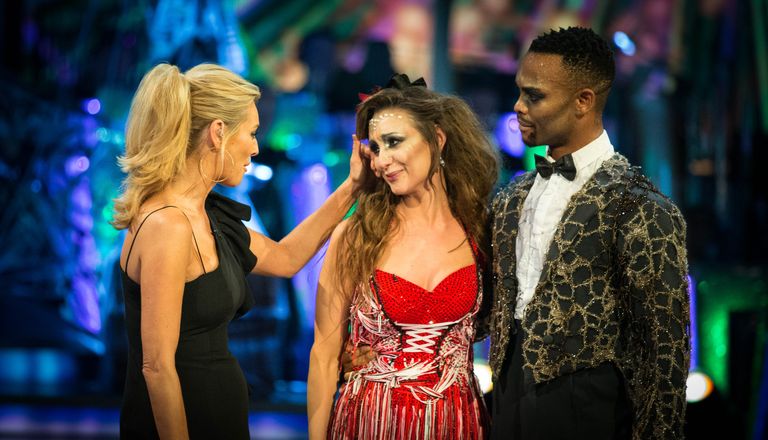 Strictly Come Dancing's Halloween week has claimed another victim, as yet another celebrity has been voted off the BBC One competition show.

This week saw Alex Scott's professional partner Neil Jones injured at the last minute and celebrity contestant Will Bayley received a bye to next week after suffering his own injury. But after another week of spell-binding performances, it was ultimately Catherine Tyldesley and Johannes Radebe who were eliminated from the competition.

The former Coronation Street actress found herself in the dance off alongside BBC Breakfast's Mike Bushell and his partner Katya Jones, and after both couples performed their Halloween week numbers for the judges again, the panel was split on who to send home.

"I thought both couples really stepped it up a notch and this is always the most difficult decision for me," Shirley began.

"But based on a good focus, difficult content, with some really beautiful footwork in there with stronger technical skills for me, cleaner and polished, I'm going to save Mike and Katya."

Speaking to Tess Daly about her time on the show afterwards, Catherine shared that her make-up was waterproof, which was a good thing too as she was close to tears.

"Just the opportunity to work with amazing people and get critiqued off amazing people," she said. "I never thought I'd say this, I'm going to keep it up because I fell in love with it! I've loved every second, this man has changed my life!"

And Johannes agreed too as, after thanking Strictly for giving him the opportunity to be a celeb's partner, he called Catherine "a light" for him.

"Thank you for accepting me for who I am and for showing me joy every day," he added. "Thank you!"

Strictly Come Dancing 2019 returns on Saturday, November 2 at 7pm, with the results show following on Sunday, November 3 at 7.15pm on BBC One.