Anneke Rice is eliminated from Strictly

Anneke Rice is eliminated from Strictly

It's time to fade to black on Movie Week 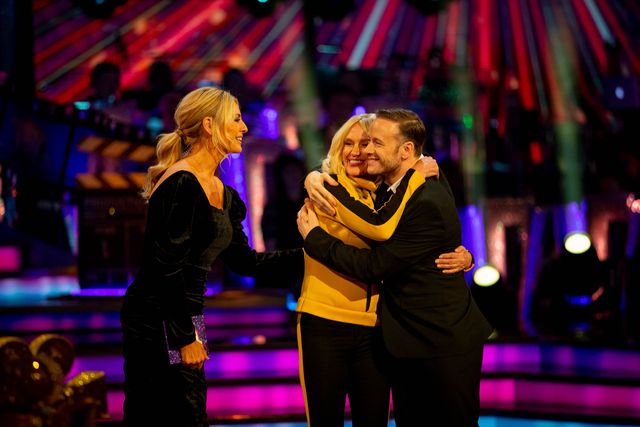 Strictly Come Dancing's Movie Week premiered in typically glittering fashion last night, but it's also brought the curtain down on another celebrity's time on the show.

After a Pokémon-themed Paso Doble and the first 10s of the series, it was Anneka Rice and Kevin Clifton and David James and Nadiya Bychkova who found themselves in the bottom two in tonight's (October 6) results show.

And with both celebrities performing their routines for the judges once again, the panel ultimately decided to save David for a second time, making Anneka Rice the second celebrity to leave the 2019 series.

Speaking to Tess Daly after the result was confirmed, Anneka said that she would have also saved the other couple in the dance off, but added that she's "loved" her time on the show.

"I've not one negative about the whole experience," she continued. "We've worked really hard, I'm covered in bruises. I love this man; it's been a joy to have that honour, that privilege of learning to dance.

Her professional partner Kevin was also full of praise for Anneka, saying that he's "so proud" of how much she's achieved.

"You've put in so much commitment and so much effort," he said. "We worked about four hours on one step on that Charleston and you delivered that Waltz last week… then to come out and deliver that Charleston – the improvement you've made, I'm so proud of you. It's been an absolute joy."

The remaining 13 couples will return to dance again next week when Strictly Come Dancing continues on Saturday, October 12 at 6.40pm on BBC One, with the Results Show following on Sunday, October 13 at 7.15pm.

Re: Anneke Rice is eliminated from Strictly

She's the only contestant I've heard of and that was about thirty years ago!