Head judge Shirley Ballas described it as a "heartbreaking" decision 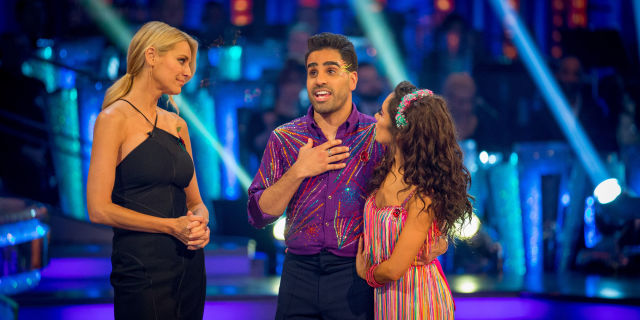 It's that time of the week again where we have to say goodbye to another Strictly Come Dancing celebrity, and this week it's none other than This Morning's Dr Ranj Singh who'll be departing the dance floor.

Dr Ranj and his professional dance partner Janette Manrara found themselves in the bottom two tonight (November 4) following their Samba to 'Freedom 90' by George Michael, so the pair performed once again in the dreaded dance-off, where they faced Charles Venn and his partner Karen Clifton.

After Dr Ranj and Janette performed their Samba again, and Charles and Karen performed their Viennese Waltz to Billy Joel's 'Piano Man', it was over to the judges for their verdict – and at least Dr Ranj can take comfort in knowing Craig Revel Horwood opted to save him.

Unfortunately, Darcey Bussell, Bruno Tonioli and head judge Shirley Ballas all opted to save Karen and Charles, meaning they got to stay in the competition.

"Again, I don't want to choose between these two lovely gentlemen, but for me the more improved performance on the night was Charles and Karen," Darcey said.

Bruno added: "Can I have them both?! Completely contrasting dances, both very entertaining. But I have to choose the most polished dancer and performer and for that reason I choose Charles and Karen."

"Both couples have made little iddy-biddy errors that I can see, but due to great timing, sophistication I am going to choose Charles and Karen," she decided.

Speaking about his time on the show afterwards, Dr Ranj explained that being a part of the programme has meant a lot to him.

"I can't express how much this has meant to me. I have made friends for life," he said. "I've done something that I only could have dreamed of. I just want to say to anyone who ever dreams of this you can, you really can, 'cause I'm here and I've done it."

His dance partner Janette Manrara also took the time to praise Dr Ranj, both for his progress in the competition and for his job, calling him an "incredible human being".

"I just want to say he is an incredible human being for what he does as an actual job. He is there saving children's lives and he is a special, special man," Janette said.

"On this show, you get to celebrate people that have never done something like this before and for me Ranj is the epitome about what Strictly Come Dancing is about. I couldn't have asked for a better friend, a better partner or better series. I love you so so much. Thank you."

There are now nine couples left in this year's competition, and they'll be returning to dance again when Strictly Come Dancing continues next Saturday (November 10) at 7pm, with the results show following on Sunday, November 11 at 7.50pm on BBC One.

Re: Dr Ranj Singh is the sixth celebrity to leave Strictly Come Dancing 2018 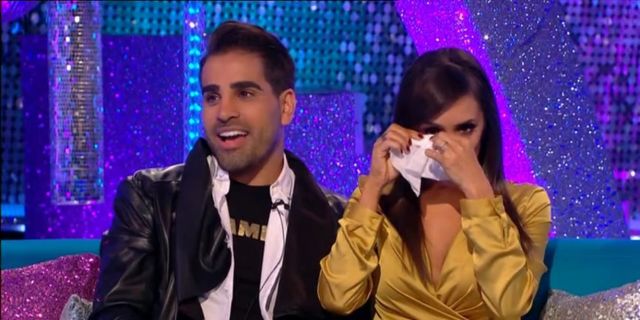 Strictly Come Dancing's Dr Ranj Singh and his professional dance partner Janette Manrara were on the verge of tears as they admitted being shocked by their elimination from the competition during tonight's (November 5) It Takes Two.

The couple found themselves in the Bottom Two in Sunday night's results show thanks to a less-than-impressive Samba, and ultimately lost the dreaded dance-off to Charles Venn and his partner Karen Clifton.

In their first interview about their exit on Monday night's edition of It Takes Two, Dr Ranj told presenter Zoe Ball that his exit caught him totally by surprise.

"I am heartbroken," he admitted. "I really am. In all honesty, I wasn't ready! I hadn't prepared myself because I thought after Halloween, we'd come back fighting. I loved that routine so much.

Still, the couple take some solace in having gone out on a high-note with a Samba to 'Freedom! '90' by George Michael, which they are truly proud of.

Janette said: "I would rather leave on an awesome high, feeling like, 'You know what? We gave it our all'. We couldn't have worked any harder. We didn't leave anything to doubt or regret, and we left just happy and smiling."

It's that kind of positive attitude from Janette that led Dr Ranj to say that meeting her was the most rewarding part of his entire Strictly Come Dancing journey.

"I've been so lucky to have danced with this incredible lady," he beamed. "I couldn't have had a better partner. She has done what nobody else could have done and I'm so lucky."

Strictly Come Dancing continues on Saturday night (November 10) at 7pm on BBC One, and then ten are narrowed to nine on a results show at 7.50pm on Sunday (November 11).

This week's results show also features a performance from Andrea Bocelli and his son Matteo.