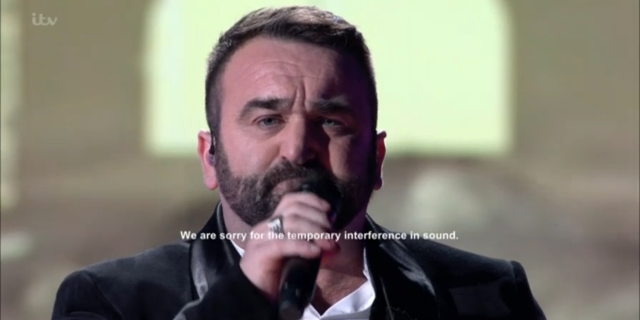 The X Factor has cancelled its public vote after sound issues on Saturday night, with ITV apologising and saying the vote will take place on Sunday's show instead.

The audio issues affected several performances during Saturday's episode (November 3), prompting ITV to insert a screen marker, which read: "We are sorry for the temporary interference in sound."

At the end of the broadcast, The X Factor apologised for the issues and said they were investigating what had happened and that Saturday's vote had been cancelled.

"We apologise for the technical issue that affected the sound on part of tonight's episode of The X Factor," the statement read.

"We are investigating why this happened. We can confirm Saturday's public vote has been cancelled and will instead open in Sunday's show at 8.30pm on ITV."

Both performances are now available to watch – without the sound issues – on The X Factor's official YouTube channel and in response to last night's technical problems, The X Factor has decided to air all of the contestants' performances again in full on tonight's show.

"Each of last night's performances from our 12 contestants will be played out in full on tonight's X Factor before the public vote opens," a spokesperson said. "This follows the sound issues on part of last night's show."